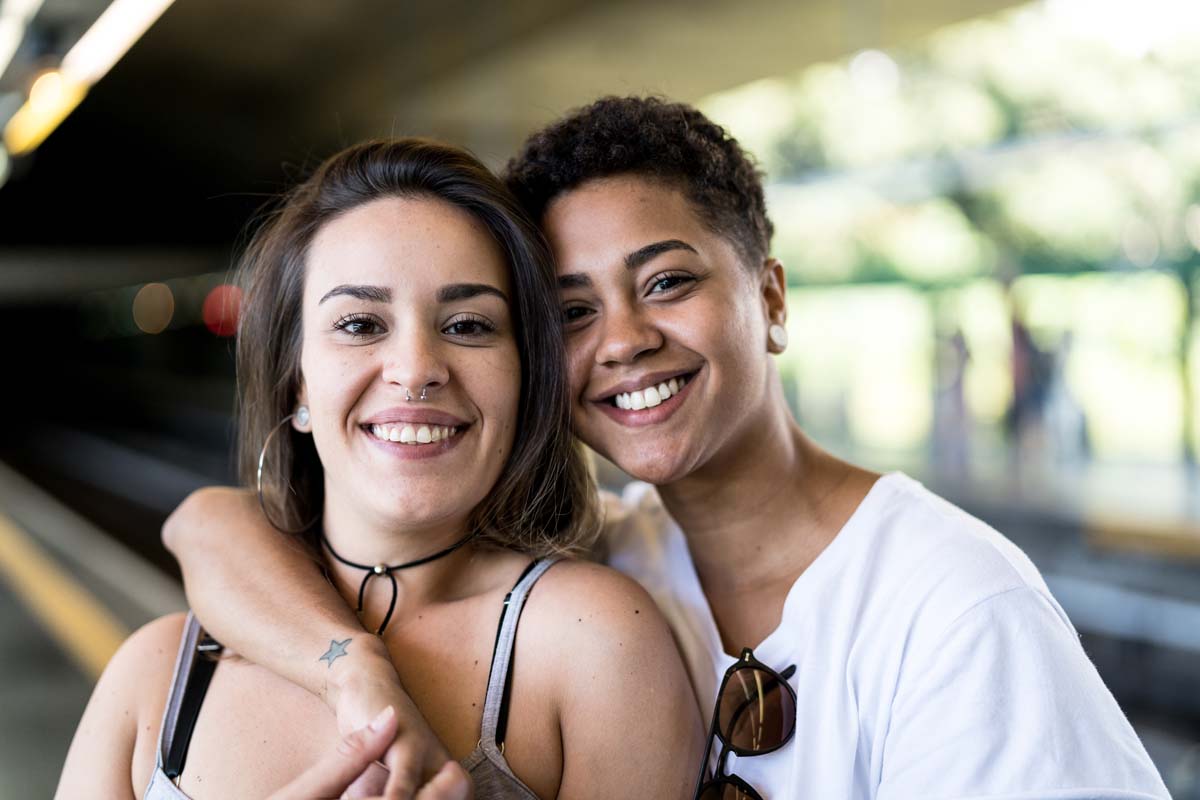 WHAT DOES LGBTQ+ STAND FOR?

LGBTQ+ stands for a community of people who are lesbian, gay, bisexual, transgender, and questioning (or queer). The term LGBTQ+ is meant to be inclusive and to represent the diversity and affirmation experienced by all those who identify with the LGBTQ+ community.

The “plus” includes those who identify with the community in other ways, and straight allies!

WHAT IS SEXUAL ORIENTATION?

WHAT IS GENDER IDENTITY?

Gender identity is how you feel in terms of masculine and feminine identity and how you express your gender through clothing, behavior, and personal appearance. Gender identity is not necessarily determined by someone’s sex or sexual orientation. It may be helpful to think of gender identity as a spectrum, with individual preferences all along the spectrum. Regardless of your sex or sexual orientation, you may prefer to wear makeup, or not, to dress in a typically feminine way, or a masculine way, or a little bit of both. You may gravitate toward activities that are typically considered masculine, or those that are considered more feminine–or both. These are aspects of gender identity. Learn more about gender and gender identity here.

HOW CAN I FIND LGBTQ+ FRIENDS AND SUPPORTERS?

I FEEL LIKE I’M ALL ALONE AND DON’T HAVE ANYONE THAT UNDERSTANDS. WHAT CAN I DO?

If you are feeling lost and alone, please reach out to MY LGBT PLUS or to other support groups like The Trevor Project, PFLAG (Parents, Friends and Family of Lesbians and Gays), or Trans Lifeline. If you are in middle school or high school, your school may have a GSA (Gay Straight Alliance) or similar student group, where kids your age talk about their experiences and support one another.

WHAT DOES IT MEAN TO COME OUT?

“Coming out” is a process that people who are LGBTQ+ go through as they work to accept their sexual orientation or gender identity and share that identity openly with other people. Coming out is a very brave thing to do, and it’s extremely personal and different for everyone. Your emotions when coming out may range from scared and anxious to elated and relieved. Learn more about coming out here.

CAN MY CAREGIVER KICK ME OUT BECAUSE I AM LGBTQ+?

No. You may not be forced to leave your home due to your sexual orientation or gender identity.  If you feel like someone is kicking you out for that reason, talk to your lawyer. The Alliance for Children’s Rights and Public Counsel also have attorneys that can help you.

If you feel like you are mistreated or treated differently in your placement for being LGBTQ, you should tell your attorney. You may not be bullied, isolated, or mistreated because of your identity. You also have a right to have your foster parent, group home staff, and others involved in your care use your chosen name and pronouns.

I AM LGBTQ+. IS MY RELATIONSHIP HEALTHY?

Healthy LGBTQ+ relationships are often characterized by how resilient, creative and unique they are. It can be hostile out there — why shouldn’t your relationship be a safe space where you’re free to be yourself?  Learn about signs of a healthy relationship.

If you’re LGBTQ+, you may face unique obstacles to seeking help, especially when you’re first coming out. Know that you are not alone and there are places that can help. Learn about the obstacles you may experience and who to contact for help.

KnowB4UGo @knowb4ugola
RT @fosterclub: New Year, new opportunities! Apply to be an All-Star by Feb. 20! Check out all the details: https://t.co/w7Z7z3BlHo #Foste…